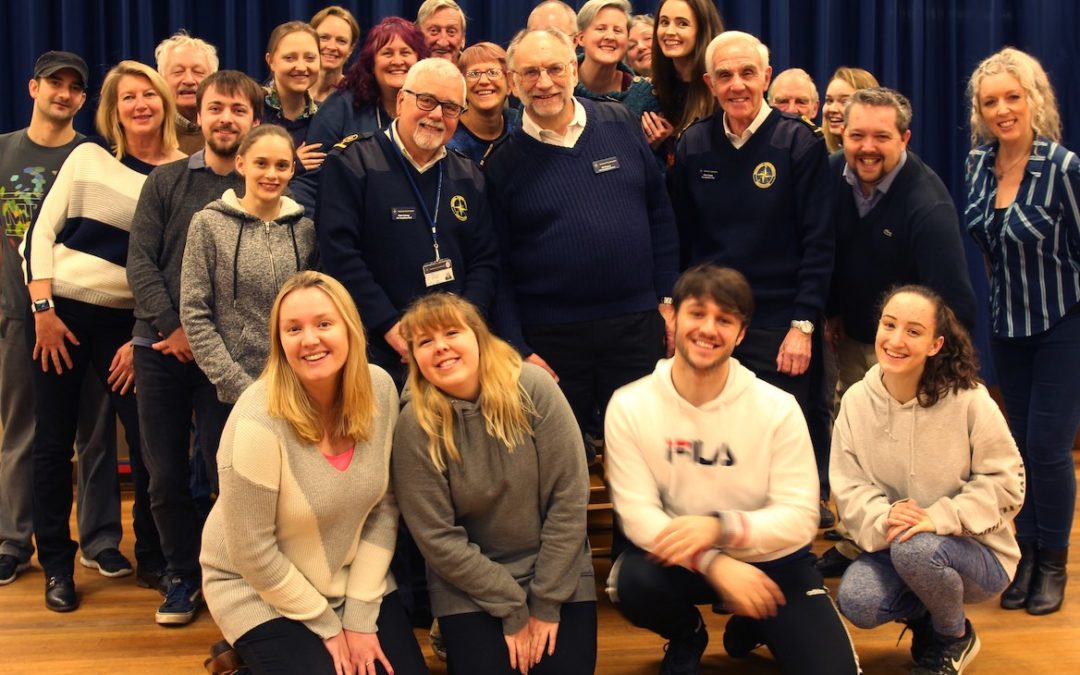 Sailors, canoeists, paddleboarders and surfers can feel safer off the coast of Bournemouth and Christchurch thanks to fundraising by Ringwood Musical & Dramatic Society. The society’s Ringwood Soirée chose the National Coastwatch Institution (NCI) Hengistbury Head coastguard lookout station as the focus for its charitable fundraising in November. And appropriately the NCI is now able to keep members of the public enjoying the sea very much in focus: the £1,000 donation from RMDS has enabled them to buy a £4,000 observation scope for use from the rejuvenated Hengistbury Head station, allowing them to keep a lookout for anyone who gets into trouble off the coast.
The NCI runs a network of volunteer coastguard stations around the UK, assisting HM Coastguard and RNLI lifeboats in keeping people safe at sea. RMDS, meanwhile, is very much back on dry land and currently rehearsing for it’s Easter musical, the circus spectacular Barnum, with the cast learning to juggle, tumble, tightrope walk and ride unicycles.
Pictured with the cast of Barnum, are the NCI’s Hengistbury Head station manager Peter Holway, deputy station manager (operations) Ed Essery and watchkeeper Bryan Scarfe.